Grand Prix of Small and Medium Business: The family firm is one of the three most impressive SMEs

A great honour for Günzburger Steigtechnik GmbH: The family firm, which employs over 350 people at its headquarters in Günzburg, has now been awarded a badge of honour by the Oskar Patzelt Foundation as part of the Grand Prix of Small and Medium Business award. The special prize honours the three most impressive German small and medium enterprises. Günzburger Steigtechnik has already been presented with a Grand Prix of Small and Medium Business award in 2009, 2015 and 2017. This is regarded as the most coveted business award in Germany and has been presented annually since 1995 by an independent judging pane to innovative and successful small and medium enterprises.

"Being awarded the special prize for the most impressive small and medium enterprises makes me immensely proud, because it honours us as being the best of the best," beamed Managing Director Ferdinand Munk happily while accepting the Oskar Patzelt Foundation award jointly with his wife Ruth Munk at the nationwide gala event in Düsseldorf.

Beacon for small and medium enterprises

"The access technology of the future must meet the most exacting demands through digitalisation and automation. Thanks to the tested quality of the 'smart' access technology, the company will continue to offer convincing solutions for decision-makers from business and society in the next decade," it was stated in the award speed by the Oskar Patzelt Foundation.

By receiving yet another Grand Prix of Small and Medium Business award, Günzburger Steigtechnik has become one of the most highly decorated family-owned small and medium enterprises in Bavaria. The company has already received several awards for its innovations, economic development, responsible and sustainable actions and as a family-friendly employer. 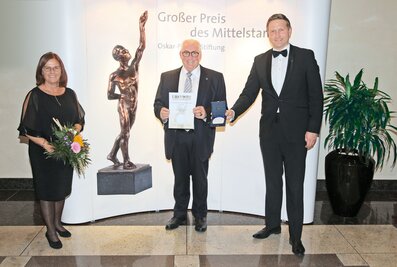 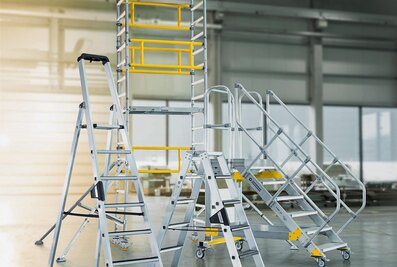 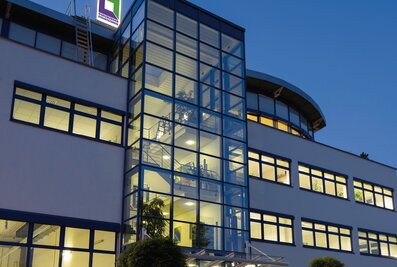 Günzburger Steigtechnik is one of the leading suppliers of access technology of all kinds. Its standard range comprises over 2,500 products and ranges from ladders for commercial, public and private use to mobile scaffolding, platforms and bridging steps, as well as rescue equipment and customised special designs. They include working and maintenance platforms, docking systems, walkways and assembly platforms, for example. Industry 4.0 is an everyday reality for the company since its customised products can be adapted automatically to any environment using state-of-the-art control technology. In terms of service, Günzburger Steigtechnik also offers repairs, maintenance and seminars.

The innovation and technology leader whose motto is "Climb smart!" is constantly turning heads with its new ideas that offer customers real added value in practical situations. The company has received multiple awards for its innovations, business development, responsible and sustainable activities and as a family-friendly employer.

Günzburger Steigtechnik is run by the fourth generation of the same family and manufactures its products exclusively in Günzburg. It was the first manufacturer ever to be audited by TÜV North in 2010 with the certified proof of origin "Made in Germany" and grants a quality guarantee of 15 years on all standard products. The company again ended its financial year with increased sales and has been on course for growth for over 120 years now. Günzburger Steigtechnik employs about 380 people at its company headquarters in Günzburg.